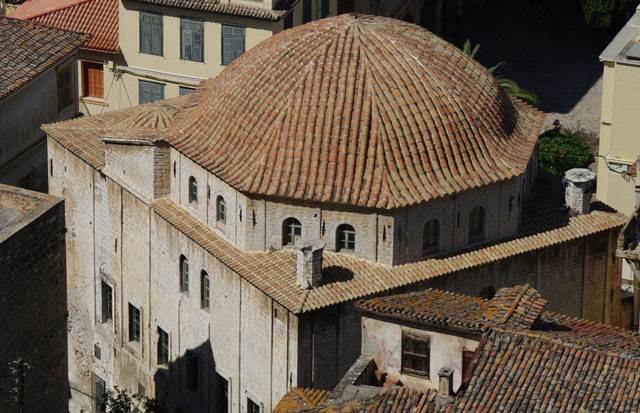 It is among the most important buildings in the city and located in Syntagma Square. It was originally built as a Turkish mosque in the late 18th century. It is a characteristic mosque of the late Otto architectural period, with its heavy proportions and bulky dome. To the west there was originally a portico with domes, but collapsed during an earthquake in the early 20th century. After the liberation from the Turks, the building was restored and in September 1825 it was used to house the first Greek Parliament. Today, the Parliament has been restored in an exemplary fashion by the Ministry of Culture and serves as a conference centre and as a venue for other cultural events.