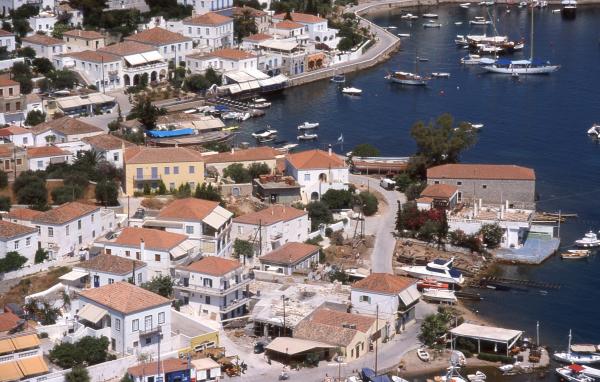 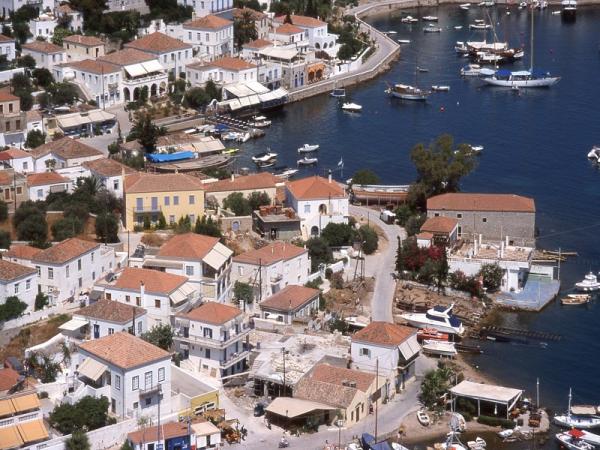 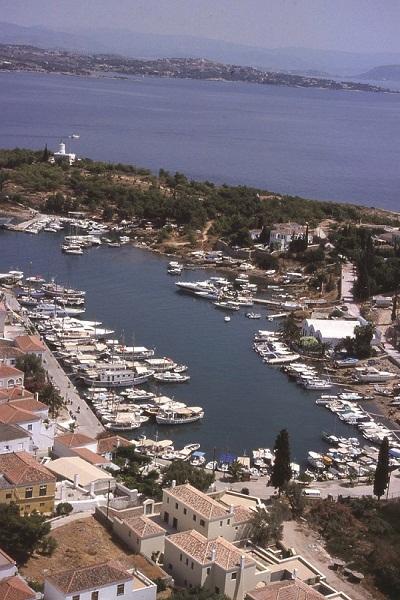 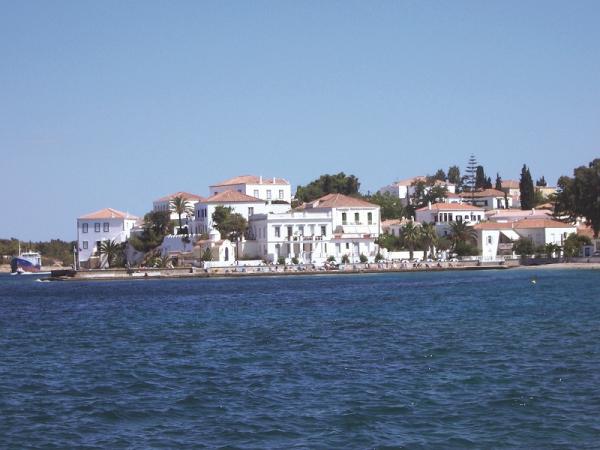 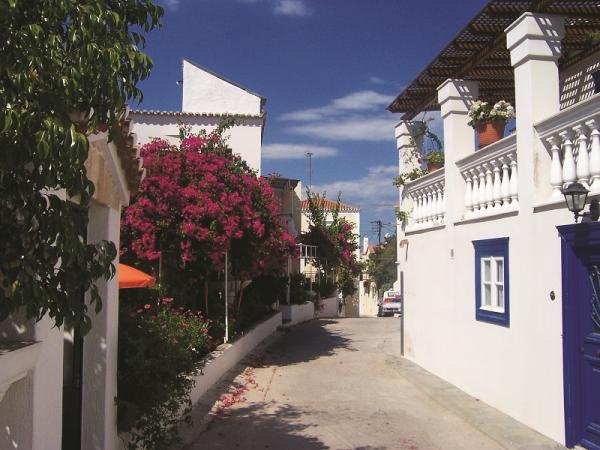 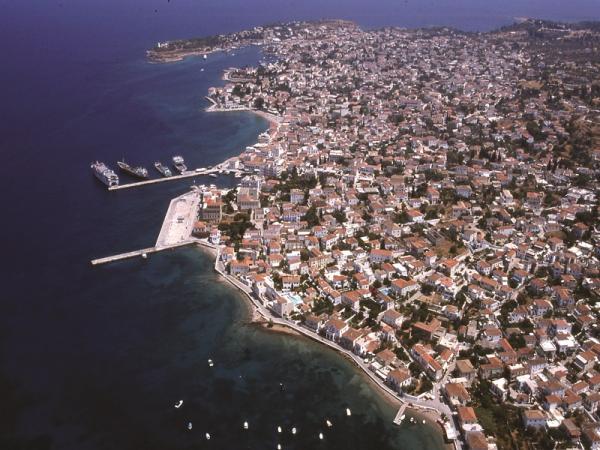 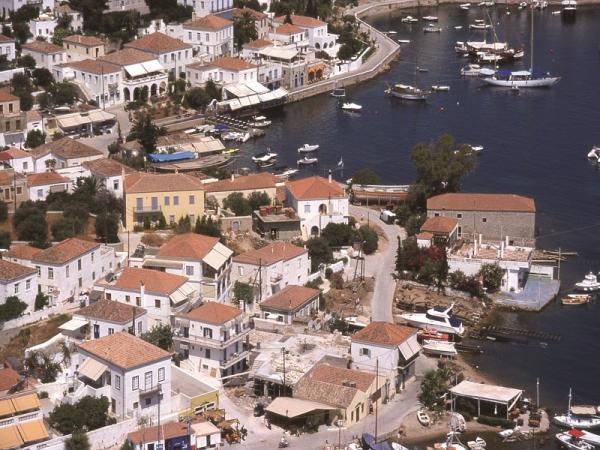 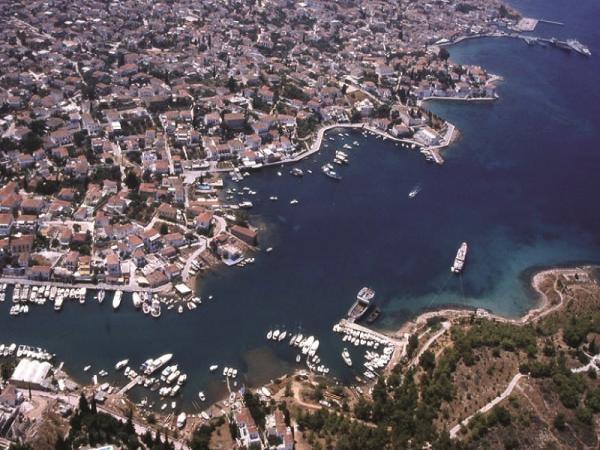 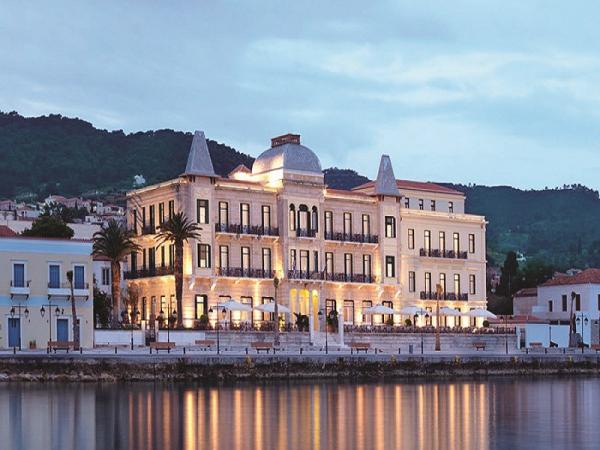 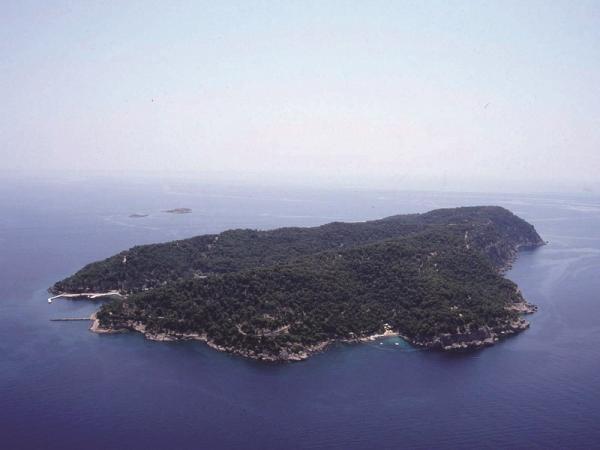 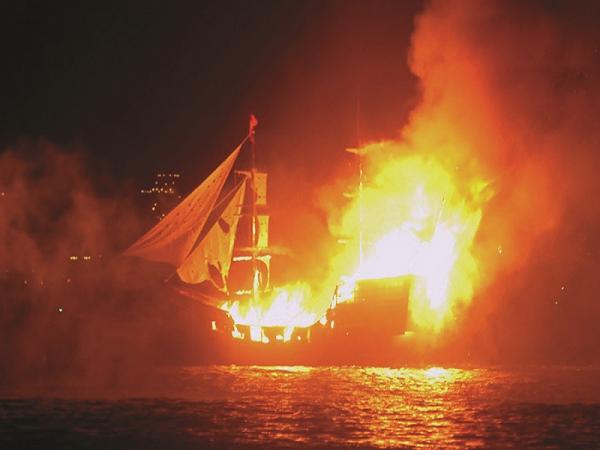 A Brief Introduction
Spetses is a historic island in the Argosaronic Gulf, full of pine trees, with a population of about 3.500 people mainly occupied in tourism, constructions and fishing. Surrounded by the small picturesque islands of Spetsopoula, Mikro Bourboulo and Agios Giannis, Spetses is one of the most popular all-year-long destinations of both Greek and foreign tourists.

How to get there
On the Athens-Corinth highway take the road to Epidaurus, Porto Heli and finally Kosta.  There are also frequent buses from Athens to Kosta (KTEL tel. no: 210.51.34.588). You may reach Spetses from Kosta very easily with a ferry-boat, small boat or water taxi.

NOTE: Tourists are not allowed to drive private vehicles in Spetses. All other vehicles, including motorcycles, abide by special regulations of the Municipality of Spetses and of the Piraeus Prefecture.

A glimpse of the past
Archaeological findings show that the island was populated in the 3rd millennium BC. Next to the findings of the Early Helladic period are findings of the Mycenaean era and the early Byzantine era. During the Frankish rule in Greece (1200-1460), Spetses are under Venetian domination, and then under Turkish domination. The island took its name during the Venetian rule, since the Italians called it “Isola di Spezia”, meaning “island of perfumes”, due to its abundance in flowers. In the 17th century the population of the island began to grow, due to the refugees who came from Ermionida and Kynouria. It was at that time that the medieval quarters of the island were built. In the 18th century the island flourishes and becomes a naval force. The most significant moment of Spetses is the 1821 Greek War of Independence against Turkish rule. The island’s fleet is involved in extended war operations against the Turks. Spetsiot captains of fire ships caused great pains to the Turkish navy. The heroine Laskarina Bouboulina with her great organizational skills helped the Greek War of Independence; she fought with heroism and self-sacrifice, like many of her fellow revolutionists who gave their fortune and even their life to the revolution. At the naval battle outside the port of Spetses, the Turks were defeated on 8th September 1822. After the end of the Revolution, Spetses began to decay and the population diminished. The two World Wars devastated the island. Shipping and commerce underwent a major crisis. In the mid 50s the island began to flourish again and became one of the best tourist resorts in Greece.

Events
Every year on the first Sunday after the 8th September, when Panagia Armata is commemorated, the naval battle of Armata is reenacted at the central port, with a model of the Turkish flagship being set on fire and fireworks being thrown. The battle’s anniversary is celebrated with cultural and recreational events lasting a week. There is also the “Anargyreia” festival, taking place every August at the Anargyreios School, with theatrical plays, speeches, exhibitions and other events.

Among the most well known products of Spetses are the exquisite marzipans. There are many workshops today in Spetses specialized in making marzipans and other pastry.

2. Agios Mamas - Agia Paraskevi with intermediary stops
Going towards be the most beautiful beaches across the island of Spetses, crossing the traditional houses. Outside of city we first find the beach of Agia Marina then the isle of pine Spetsopoula and the beaches of Xylokeriza - St. Anargiroi - St. Paraskevi.
Bus terminal 150m from the center of the town - port.
Time schedule: 10:45 - 11:50 - 13:00 - 14:00 - 15:30 - 16:50

By booking your accommodation in a Spetses hotel, you can enjoy this beautiful island to the fullest. There are a number of things that will attract your attention in the town. You can find a lot of memorable things that can be done while holidaying at this place. This is more popular as a historic island in the Argosaronic Gulf which consists of pine trees and is highly popular for its features that attract a lot of tourists.

Other things that are popular here are its various structures and fishing. The place is surrounded by other small picturesque islands called the Spetsopoula, Mikro Bourboulo and Agios Giannis. Spetses is a crowd puller due to its scenic spots and you can easily book your stay in a Spetses hotel and all other facilities from our website. We are very much happy to provide you with quality information on special places and other exciting deals on the island and you would surely appreciate it.

We always help you find the best hotel deals in Spetses that attracts a lot of tourists to its sandy beaches, crystal clear blue water and ageing pine trees. This island has many organized beaches for all those aspiring swimming lovers.