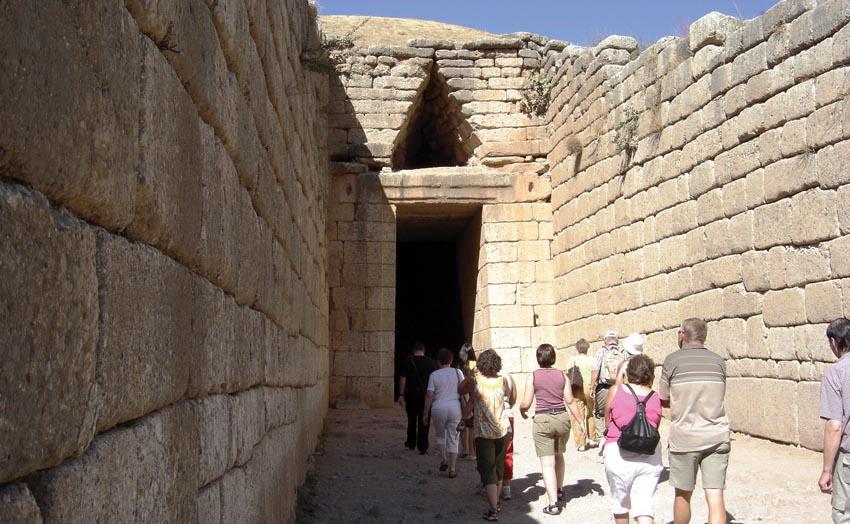 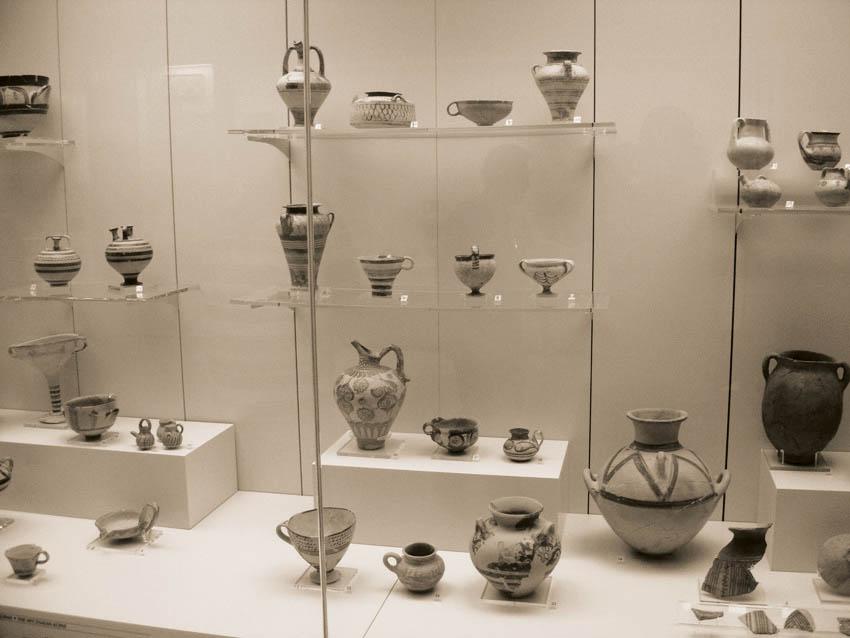 The Mycenae of today is but a small village of about 450 inhabitants, on the northeast of the Argolida valley. The village used to be known as Charvati, but in 1928 it took back its ancient name. The villagers today are occupied in cultivating their ancestors’ land and offering their services to the thousands of tourists visiting the area every day. The place is famous worldwide as one of the most important archaeological sites. Its name is undoubtedly tied to the ancient city of Mycenae, where the heart of the Mycenaean civilization, the first major land-based Greek civilization, used to beat…

A glimpse of the past
The hill of Mycenae has been populated ever since 2.500 BC. In no other time did it prosper so much as in the Late Bronze Age (1600-1110 BC), when the Mycenaean civilization flourished. According to legend, Mycenae was founded by Perseus, the son of Zeus and Danae, also founder of the first royal dynasty of Mycenae. The Pelopid dynasty followed, Atreus being the first king, and his son Agamemnon his successor.  Agamemnon, “king of many men”, was the one who leaded the Greek people in the war against Troy. The citadel of Mycenae was situated at a strategic spot and was well guarded by both natural and artificial fortifications. Thanks to its position, the city could control and regulate the trade with southern Greece, Asia Minor, Cyprus and Egypt. As a result the kings of Mycenae became very rich and powerful.

Mycenae was built by the legendary Cyclops. The cyclopean walls of Mycenae, as we see them today, were built in three phases. It was around 1350 BC that the first walls were constructed including only the highest part of the hill. Around 1250 BC the Lion Gate was built and the walls were extended to a large degree. In 1200 BC the final extension of the walls at the northeastern end of Mycenae enclosed inside the citadel the subterranean well that supplied it with water. The walls thus extended helped make the citadel big and large, with a great defense system. This allowed the people of Mycenae to develop an outstanding transportation network and thrive in commerce. The city reached its peak in the mid 14th century BC. In the 11th century BC the city declines, yet it’s not completely abandoned. The destruction of the state of Hittites, who were the only to possess the knowledge of iron working from as early as the 17th century BC, together with the loss of the Egyptian market, started shaking Mycenae’s power. The city’s destruction was finally accomplished by the Herakleid dynasty. Of the once all powerful citadel there was nothing left but a small settlement. In 468 BC Mycenae was destroyed by the Argeioi; it was rebuilt in the 3rd century BC, but was soon abandoned anew. In the 2nd century AD Pausanias found the city deserted, with most of its buildings half covered in dust. The first excavations in the city will take place soon after the liberation of Greece from the Turks. In 1841 the archaeologist Pittakis will bring the Lion Gate to light. The excavations carried out in 1876 by Heinrich Schliemann, a pioneer archaeologist, verified the stories and legends sung by Homer and Virgil, and revealed a great deal of the glorious history of the Mycenaean civilization. From 1886 onwards, another great man of archaeology, Christos Tsountas, will carry on Schliemann’s work.
The archaeological site of Mycenae is the main sight of the region and among the most important ones in Argolida.

Local events
Every year, on the 27th of July, there’s a religious festival in honour of Saint Pantaleon (Agios Panteleimon, “the all-compassionate”). You may visit the village then, thus combining a visit to the archaeological site with entertainment.