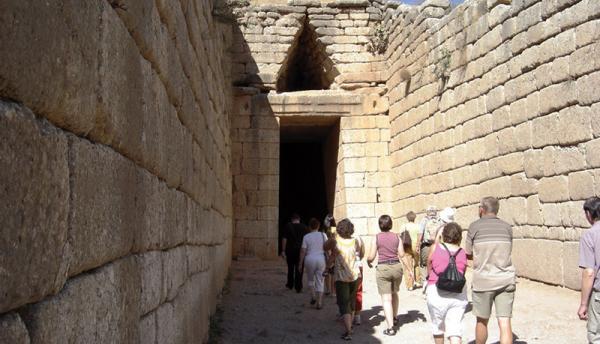 Beehive tombs (tholos tombs): They can be found on the hill of the citadel, nine altogether and among the finest pieces of architecture of the Mycenaean civilization. They are royal tombs or tombs of officials of the highest ranks, dating from 1500 to 1100 BC. The most well known is the tomb called “The Treasure of Atreus” of the 13th century BC. Atreus was king of Mycenae and father to Agamemnon. The excavations revealed many golden items, used for war or in the household or as women’s accessories, as well as the renowned “Mask of Arteus”, a golden mask of a male face, one of the most mysterious findings.