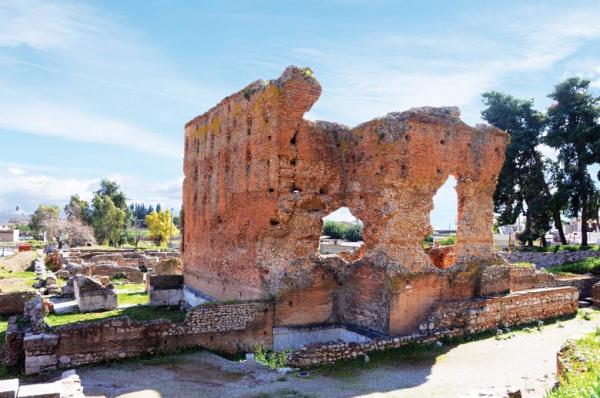 It is situated on the foot of the hill of Larissa, with a monumental fountain, which was constructed in the mid 2nd cen. AD, and was the starting point for the city’s aqueduct. The place has been considered as the seat of the ancient court of the city, known as Criterion.