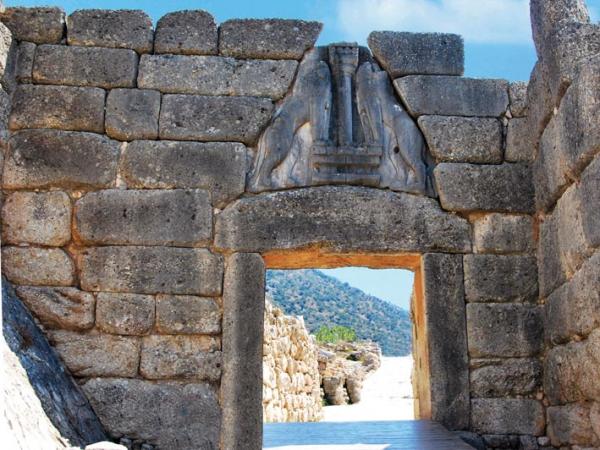 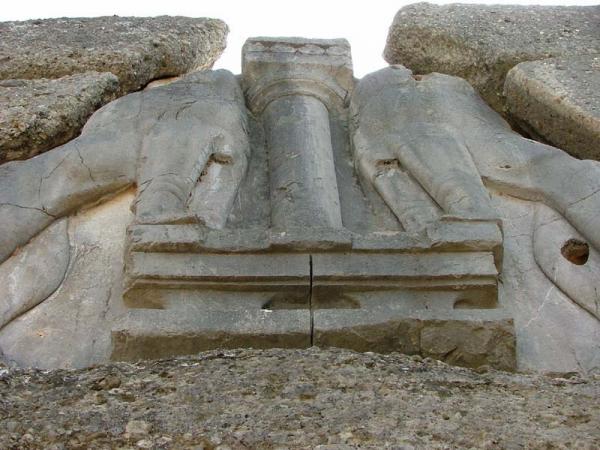 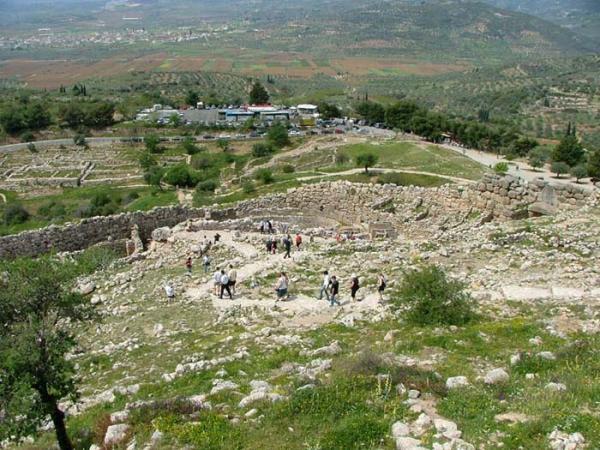 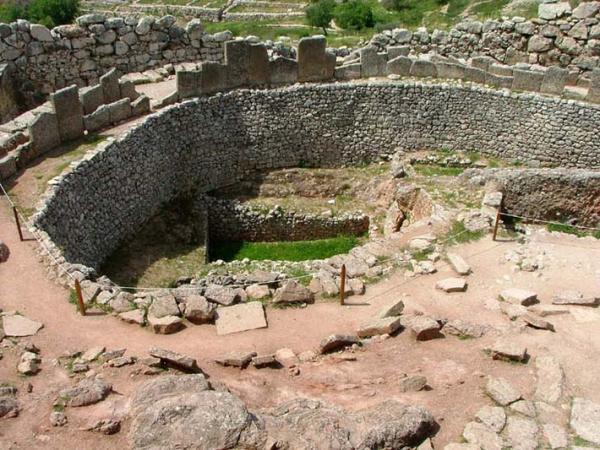 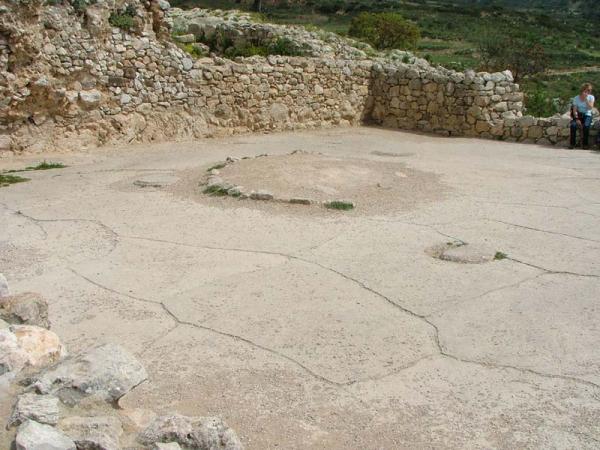 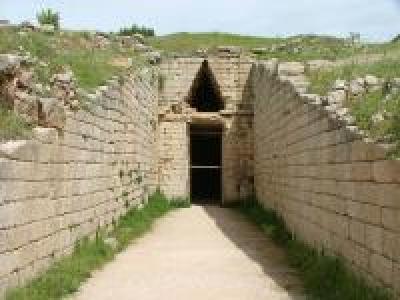 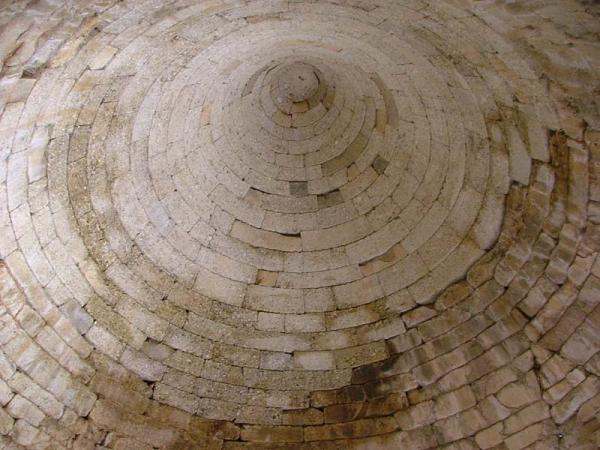 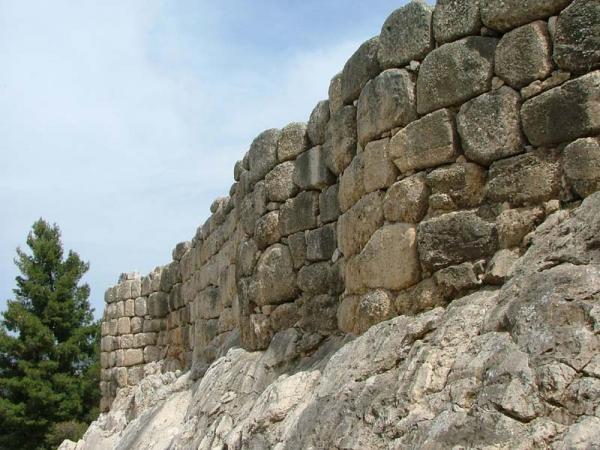 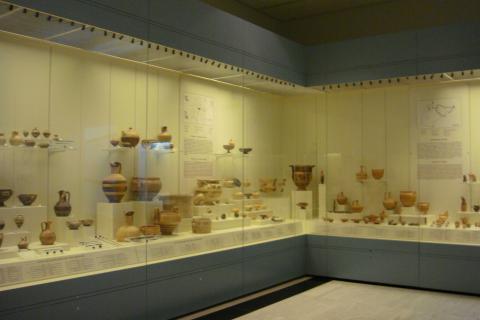 The archeological site of Mycenae

The archeological site of Mycenae

The archeological site of Mycenae is fairly considered to be one of the most significant historical monuments of Greek civilization, approved so by the great number of visitors coming from even the most remote parts of the world. The city of Mycenae is one of the most ancient cities of the Argolida Prefecture, the kingdom of the mighty king Agamemnon, the most historically significant and wealthiest kingdom of the Late Bronze Era (1350 BC- 1200 BC).
Perseus, son of Zeus and Dannay - daughter of the king of Argos- is regarded as being the founding father of the city of Mycenae. Two different theories   have been related to the naming of the city. Perseus, according to one of the theories, named the city Mycenae by the greek word “mikis” -the sharp edge of the sword -    because it was there that his sword landed when he threw it determining, in a way, the boundaries of the city. But the other one relates the name of the city to a stem –the Greek word is “mikitas”- or mushroom under which a spring was found. In general and based on historical facts “Mycenaean civilization” is called  the one evolved having as its core the city of Mycenae during the “Mycenaean” or  the “Post Hellenic”  period of ancient history, as it is called. This particular period of history is divided into the Early Post Hellenic period (1600 – 1500 BC), the Middle Post Hellenic period (1500 – 1400 BC) and the Modern Post Hellenic period (1400 – 1100 BC) the period of the Mycenaean civilization decline. But the visitors of the archeological site of Mycenaean are given the chance to admire monuments of great historical significance.

The remains of the palace of Mycenae, the construction of which started around 1350 BC standing high up the hill, are one of the monuments a visitor can admire when wandering over the archeological site. During the same period of time the construction of the famous Cyclopean Walls was initiated, the construction method of which is considered to be a major achievement of that period of time. 100 years later, the Lions’ Gate – two huge lions standing on the top of the gate protecting the Acropolis – was built, another very important monument of that period not to be missed. Also the complexes of tombs of the city of Mycenae are also of great importance; the Tomb circle A that used to serve as a worship area and the Tomb circle B with the four vaulted tombs. One of these 4 tombs is the one called “Treasure of Atreas” having a honeycomb vault, another construction to boost the architectural skills of   ancient Greeks.

A touring throughout the archeological site offers the visitor the opportunity to see and admire and of course notice the importance as well as the glory of those monuments of the Greek civilization. The Museum of Mycenae opened its door to the public in July, 2003, where most of the significant findings of the ancient treasures are exhibited placed within showcases for protection. But just a visit to the museum is not enough. Only after our visit to the archeological site and especially the most famous monuments of it, the two Tomb complexes A and B, the room with the treasure of Atreas, the vault tomb of Clytemnestra, the Lions’ Gate, the ruins of the palace, the temple, the North Gate and the underground water tank is our tour completed and enlightening. The archeological site of Mycenae is under the protective umbrella of UNESCO welcoming thousands of visitors from all over the world every year.