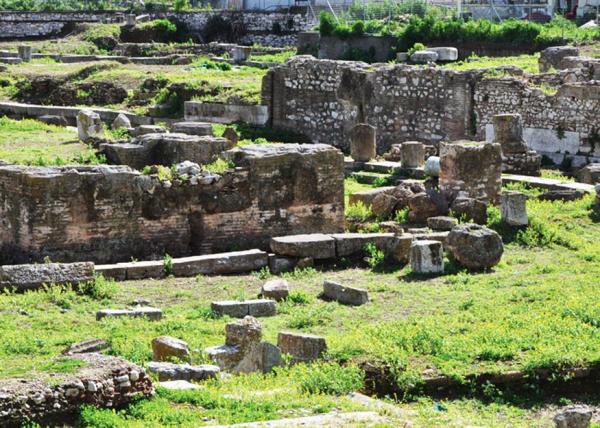 It is a trademark of the city, and has been the centre of action for centuries (700 BC-400 AD), with its ancient “Odeon” (a building for musical competitions), the “Palaestra” (ancient Greek wrestling school), the “Bouleuterion” (ancient Parliament), the temples of Aphrodite and Lycean Apollo, as well as various political gathering places, galleries, statues and even the remains of a Neolithic settlement.