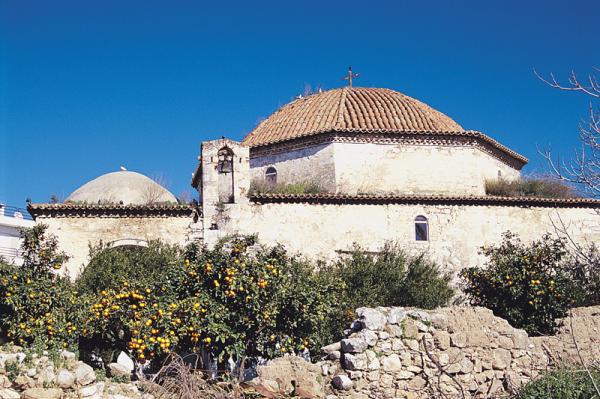 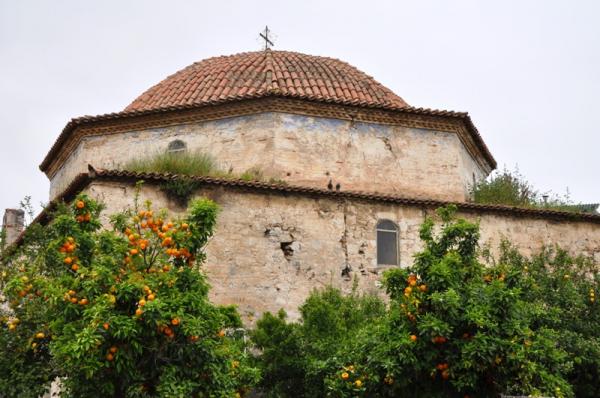 An important temple of the 16th century. The city must have used the location where it stands for worship ever since the ancient times. There is a citation about the existence of a temple of Aphrodite Nikiforos (Victorious Aphrodite) on the spot, while a little further to the west an arch of a great Early Christian Basilica has been discovered. It is estimated that a temple stood at the exact same place in the Middle Byzantine period. During the Turkish domination, the temple was used as a mosque and a graveyard. At Kapodistrias’ time it served as a military convalescent hospital. In 1938, the temple was characterized as a scheduled building by royal decree, due to its archaeological value.